Posted on August 1, 2011 | Comments Off on Barefoot, the first few days

So the book launched last week. And so far, people seem to be liking it.

Dispatches from the tweetstream

On the launch day itself, ZDNet posted an excellent review written by ORG colleague Wendy M. Grossman. It’s great that the first review of the book was written by someone who so obviously got it. Wendy made all the connections I was hoping for, and then some. Here’s a taster:

Her four most important guides through this landscape are: Stewart Brand; Cory Doctorow, the science fiction writer, BoingBoing blogger and copyfighter; Phil Booth, the former executive director of No2ID; and, most of all, Rop Gonggrijp, one of four co-founders of the Dutch ISP XS4ALL.

These four guides by themselves are a grid of interconnections. Brand’s Whole Earth Catalogue is the inspirational ancestor of Doctorow’s BoingBoing. XS4ALL defied Scientology in one of the Net’s first free-speech battles, which defined today’s notice-and-takedown standard. The Open Rights Group (ORG) supported Booth’s opposition to the database state and fights electronic voting. Gonggrijp was one of the people who made the Dutch voting machines play chess. Each has his role in, and view of, the mix of counter-culture and computers that enticed Hogge at the outset, fuelled by the movie Easy Rider and the book Fierce Dancing.

The big surprise of the day was Terence Eden, who had converted my free html into an ePub version before lunch on the first day of launch, accompanied by another heart-warming endorsement:

I’ve only just started reading the book, but it’s clear that it’s been written in a very accessible way. You don’t need to be a hard-core techie to understand what’s going on.

Read more and get the ePub version here.

That evening, I headed into London to the Frontline Club for the launch party itself. The room was packed, and lots of fun people showed up. I sold clean out of the first print run, and ended up having to take orders from those disappointed not to get a copy. Bill Thompson, Phil Booth and I did some readings, with Bill doing an admirable impression of Julian Assange for his bit. Paul Clarke took an amazing set of photos, some of which I’ve reproduced below.

Phil Booth does a reading 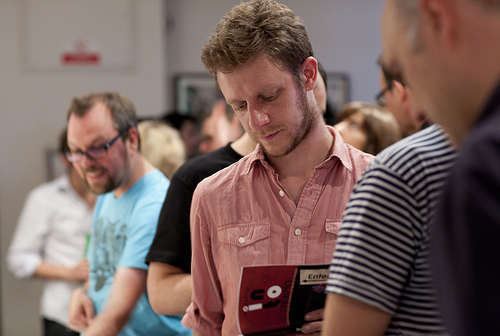 Padraig and Neil from Little Atoms 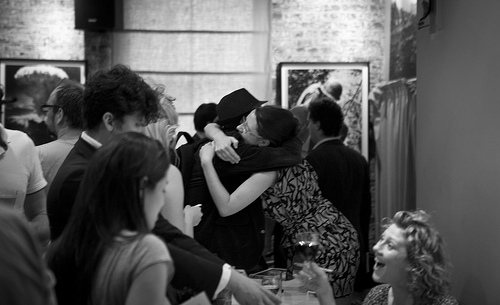 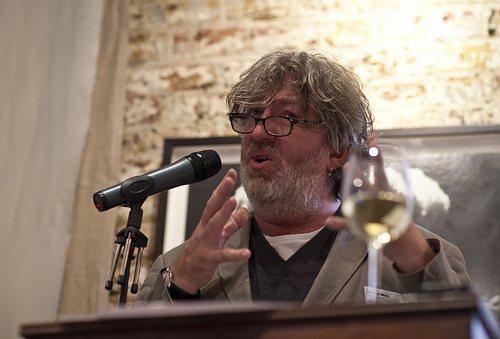 Bill does his impression of Julian Assange

This entry was posted in Barefoot Into Cyberspace. Bookmark the permalink.